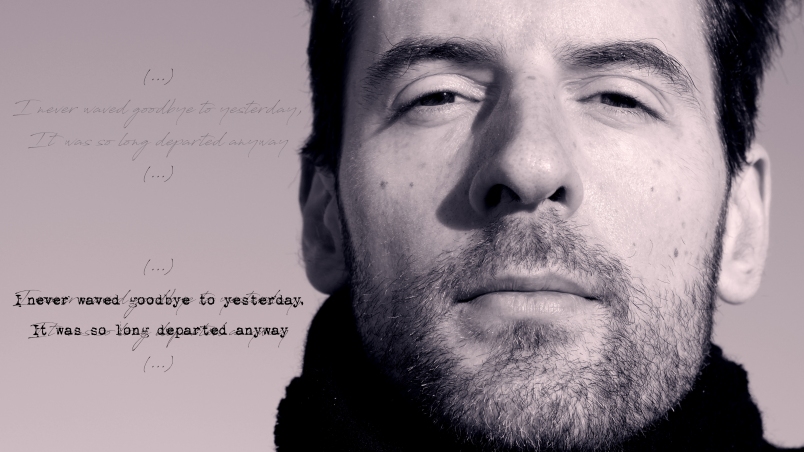 Everything gets old nowadays.
Aging faster than it used to be,
Or we just felt agreed.
Aging faster from a week to another,
Even from the last till the next hour.
Habits get older as quick as they come,
Our best behaviour tomorrow’s bygone.
In a reset of thoughts do we find a new shelter,
And by playing the ghosts, can we manage to linger.

Everything’s past in a few days,
Whatever the mood, or emotional phase.
It burns out way fuller, blows sooner to decay,
Than it sure would at first or only months away.
And there’s a hunger and thirst always willing to grow ;
Yet the moment it bursts you don’t want it to slow,
Then consume all it’s worth, and now older it shows…

But you know, these days,
Everyone changes anyways.
Faster than a postcard,
Than whatever nice people say.
And there’s a reason your hair would suddenly gray,
Only time is made such a bitter reward,
You wish it never would catch you off guard…

But everything gets old nowadays.
Way faster than it used to,
Or we once knew.
Faster from a dreaming to its nightmare,
From hope to despair.
Until it don’t even seem you just might care.

I didn’t wave goodbye to yesterday,
More, I forgot which was the day.
Don’t know what this life used to be,
The chain is set apart from me.

No word was told, one passed the other by.
Is it too old for us to even try ?
Who’d say hello ? That’s from another time.
The way things go, now’s everybody’s crime.

And life would spin along, just as an endless play,
These years of turning wrong, we knew might have a stay.
I never waved goodbye to yesterday,
It was so long departed anyway.
Nor even cried so much for the old world,
It left too many wishes never heard.